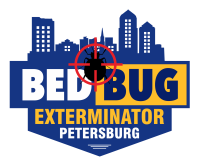 I Found A Few Bed Bugs – Does That Mean I’m Dealing With An Infestation?

If most people find a few bugs in their homes, they are likely just going to write the occurrence off. It’s just a couple of bugs, right? It would be nothing more than finding a couple of flies or ants in the home. Just simply kill them or remove them and go about your day, not to think twice about it again.

There is simply no other way to put it, but when you spot a bed bug in the home, it means major problems. Just hope that bug you are looking at isn’t female or it’s only going to double your problems.

Why A Few Bugs Can Spell Major Problems

Why is it that a few bed bugs are such a major problem? Isn’t it possible that they just latched onto your shoes or luggage and rode them back to the home? Yes, this is entirely possible, but what you need to understand about the bed bug is, it is an extremely social insect.

This means where there is one, there are likely many. Bed bugs do virtually everything in groups. They feed together, they live in large hordes, and they all strive towards one common

goal – the development and growth of their civilization.

Spotting one bug in the home means it’s time to get on the phone and bring the professionals in. This is especially true if that bug you are looking at is female. An adult female bed bug possesses the ability to lay 500 eggs in a single lifetime. While these bugs are hard to procure with their small stature and elusive nature, you can usually differentiate between the males and females by looking at the abdomens. Females have rounded stomachs, whereas male’s abdomens are more pointed.

Why Are Bed Bugs So Hard To Spot?

Along with this, they are small, blend in with common surroundings, and always take the path of least resistance. When you consider all these things, it doesn’t become hard to see why it requires a professional just to tell you that your home is infested. Given that these pests try to avoid detection, if you are seeing them in the home, it means something is majorly wrong. The likely scenario is the population has gotten so large the bugs are pushing each other into the open. Not something you want to hear!

As you can imagine, the earlier you spot a bed bug infestation, the better off you are. Therefore, it is imperative to learn the early warning signs and symptoms.

Bloodstains: Being a parasite, the bed bug does rely on human blood for sustenance. This is a process that could leave droplets of blood behind. Given that the feedings likely take place in the bed, it wouldn’t be unreasonable to imagine spotting blood on the sheets after a feeding. It’s also possible for you to roll over and squash one of them during feeding.

Exoskeletons: Bed bugs shed their skin like a lot of other insects. This process leaves behind clear, delicate, molted skins that look just like the bugs themselves.

Egg/Egg Casings: The last thing you want is to find are eggs or egg casings in the home. This only means more bugs are on the way or more bugs just recently hatched. Either way, it’s not good!

Fecal Matter: Anytime there are feedings, there are going to be bowel movements. Unfortunately, these movements take place near the feeding site. Being that this is more often than not the bed, you’ll likely see fecal matter stains on the sheets. These usually show up in black blots that look similar to inkblots.

Bite Marks: Not everyone reacts to bed bug bites, but those that do could display red welts on the ankles, feet, arms, shoulders, shins, wrists, neck, or face. The bites will only appear in these locations and nowhere else on the body, so if you have similar bites on other parts of the body, you might be dealing with fleas, mites, mosquitoes, or other similar insects.

Musty, Sweet Odors: Are you familiar with that sweet, somewhat pleasing soda pop syrup smell? Well, that could e a sign of a large infestation.

The biggest problem with homeowners searching for bed bugs or trying to eliminate them, the potential for further spreading of the infestation. This is something you’ll want to avoid at all costs. With the right approach, you should be able to do just that while still being able to locate the bugs. You’ll want to start in the bedroom by moving the beds away from the walls and placing lures or traps under the feet. This allows one to dictate the path in which the bugs will travel before feeding. Of course, this will only work with the bugs that haven’t already taken up residence in the mattresses and box springs.

For those bugs, you can utilize encasements. There is also the tactic of stripping the bedclothes and washing them in hot water followed by drying on high heat for ninety minutes. All of these methods will not only help you determine whether you have bed bugs in the home or not, but they’ll help you eliminate the invaders from the home as well.

How To Find A Qualified Pest Control Company With Proven Success

If you are like most Americans, you probably spend thousands of dollars a year trying to secure your home. You’ve probably got all the latest

There is no other way to look at it, bed bugs are one of the most frustrating insects in Petersburg, VA. They invade your property

After arriving home from a long vacation, you do not want to discover that you’ve brought back an unwanted invader. You likely already have tons

How Does Your Exterminator Check For Bed Bugs?

Despite the recent reappearance of bed bugs throughout the United States, there is still a lot of unknowns surrounding these bugs. Not only this, but

Bed bugs are just one type of pest that has seen a resurgence over the past decade or so. There have been several species of 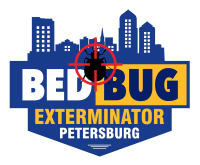